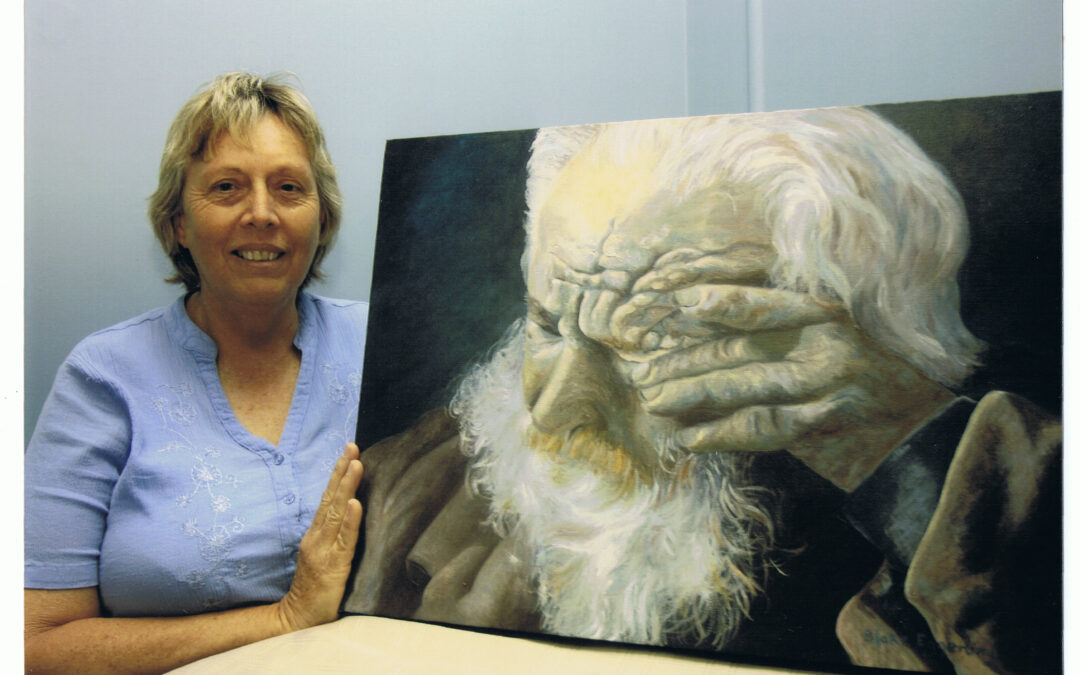 I am mostly an Oil Painter who loves to see colours to dance across the canvas. As a descendant of a Wood Carver (John Walter Blake) who did some of the carvings in the Titanic and a Marble Carver (Richard William Fry) who worked on restoring the Marble carvings at Westminster Abbey in London, I inherited a gift of being creative in many ways. This has led me, at a late age to be accepted into Visual Art for 4 years through TAFE in Queensland where I won Awards for High Achievement. I was a Runner-up Student for the year of 1999.

Through TAFE I ended up painting mostly Abstracts, but since living in Geeveston, Tasmania the last 10 years my direction of what I paint has changed and I started to do a variety of different paintings such as portraits, birds and sceneries.